Sia in estate che in inverno. 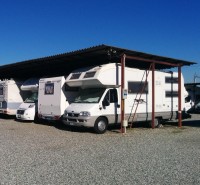 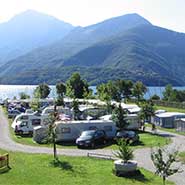 Transportation to and from camp sites

Each vehicle is transported to and from camp sites designated by the customer. 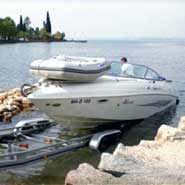 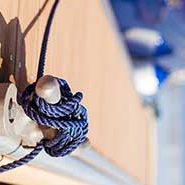 At the beginning of the new season and during the season, Sun Parking is available for the ordinary and special maintenance of parked vehicles.

Sun parking was founded in 1982 thanks to the idea and the perseverance of Franco and his wife Paola.

The main site, established in 1982, is located about 1 kilometre from the hinterland of Bardolino, in an area of 5,500 square metres of which 2,000 square metres are covered; the following year, a second storage facility was open with an area of 5,000 square metres with 800 covered.The work in the 80s and 90s expanded through the collaboration with camping sites and some hotels in Bardolino and neighbouring towns.

Their children Angela and Giorgio joined the company respectively in 2004 and 2008; in 2010, Giorgio changed the company name to SUN PARKING SNC, with the addition of the engine maintenance service for boats in storage.

from March to October